Beat the flu saving £4 on £20 spend at myvitamins.com this week!

Boost immunity, stocking up with essential vitamins and minerals before the big freeze!

Banners/creative will be available in AWin on Monday morning. Thanks! 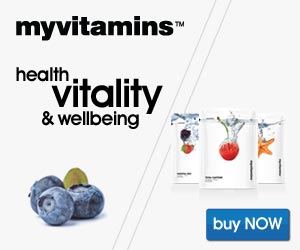 On August 6th, myvitamins launched their affiliate programme on a 10% intro commission rate, scheduled to run for the first month. This has now been extended until 4th Feb 2013, turning it into a 6 month promotion & another excellent reason to promote myvitamins, the fresh and contemporary concept in vitamin and mineral food supplements, through Q4 and into next year!

myvitamins are also offering a commission increase to 12% for 1 month for their favourite landing page/s. Please forward any entries into their account manager.

Yesterday saw the 100 day countdown mark until the London 2012 Olympics. Along with Wimbledon and the European Football Championships, 2012 is going to be a huge Summer for sport in the UK, and we’re all hoping to ride the wave and reap the benefits, which you can be a part of too!

We’ve decided to give one affiliate a 1% CPA increase in each week leading up to the Games as a reward for their hard work. There isn’t a set criteria for the competition, you must simply impress us, be it with a stand-out landing page, increased revenue WoW, an inventive competition, or anything else you can do to separate yourself from everyone else!

If you do give Myprotein any extra exposure that you think is deserved of that prize, please forward links/images of everything over to us in your pitch to claim the extra commission.

As a side note, there are some rules and regulations we must adhere to in marketing which surround the Olympics this year. We can't for example utilise protected Games' Marks which include phrases, trademarks, names, logos and designs related to the Games in order to enhance the promotion of our brand and products. The following are some of the current prohibited terms/items:

This is a document which highlights brand guidelines for marketing use, the main take home points being the correct use of 'Listed Expressions'.

For example, the following phrases use the Listed Expressions and someone would be likely to fall foul of the law if they used them without authorisation:
– ‘Backing the 2012 Games’
– ‘Supporting the London Games’

Here is a link to the Olympic 2012 site which contains some FAQs should you still be unsure of what you can and can't do. You can of course also contact us directly with any of your questions.