Christmas is just round the corner but there's still plenty of time to buy you loved ones the perfect Christmas card. Scribbler are offering a fantastic 10% off when you spend £5 or over! This is a great deal to push in the run up to Christmas, with a fantastic range of funny, festive, unique & personalised Christmas cards.
Offers
10% off when you spend £5 or more on all cards with code. See details below
Code – XMASPUD10
Ends – 31st December
Also get FREE 1st class UK delivery when you buy 2 or more cards
Ends - 31st December
Use Pre-Pay and get a bonus 20% off extra credit
Ends - 31st December
Don't forget about Scribbler's festive collection of witty Christmas Cards!
Last Christmas Delivery Dates
1st class and Royal Mail signed - Wednesday 21st December*
Royal mail special delivery guaranteed - Thursday 22nd December*
Special delivery Saturday guaranteed - Friday 23rd December*
*Orders must be places before 2pm
Remember to replace !!!ID!!! with your own publisher ID.
If you've any promotion opportunities, please get in touch with Chris or Matthew!
Happy Promoting
Chris & the Scribbler Team

We are excited to announce the launch of Neutral Sensitive Skin at Affiliate Window!

Neutral Sensitive Skin was born 30 years ago in Scandinavia with a clear philosophy – we want to create everyday products that respect people’s skin.

We quickly understood that the best way to do this was to look at the ingredients that go in our formulations – especially as chemicals are potentially allergen ingredients that can irritate sensitive skin. So, we have decided to take out all the chemicals whose main purpose is to beautify a product – and that’s why you won’t find unnecessary additives in our products, like perfumes or colorants. We kept what is essential to ensure our products will perform just as well as regular products.

That’s how we want to help you gain control over your skin allergies and help prevent them in the first place. By giving you products that are focused on working well just without all the other unnecessary things

Click here to join the Neutral Sensitive Skin affiliate program and promote our products via your website.

If you have any questions then please get in touch with thehutgroup@affiliatewindow.com.

Please see below the updated offer messaging for the Moss Bros Sale.
Please ensure that you replace all current messaging with the below.
FINAL CLEARANCE - UP TO 70% OFF
From: 17-Aug-2016
To: 27-Aug-2016

Final Clearance Jackets and Blazers From £29

Please see below the latest offers from Evans Cycles
SALE - Up to 40% Off! Remember to replace !!!ID!!! with your own publisher ID.
Happy Promoting
The Evans Cycles Affiliate Team

Garmin's New Launch - Get it first with Evans Cycles

Garmin Edge 820 Road Performance Bundle
Garmin Edge 820
Garmin Edge 820 Explore
Remember to replace !!!ID!!! with your own publisher ID.
Please feel free to promote the new launch, in association with Evans Cycles, across your marketing channels.
We have a wealth of product images and creative assets for you to use should you so wish - if you would like to get your hands on these then please get in touch.
Happy Promoting,
The Evans Cycles Affiliate Team

Fancy trying something a little out of the ordinary? Satisfy your inner explorer at some of the unusual places we look after. Here are ten ideas to get you started.

1. Ride a tandem through the UK’s oldest nature reserve

Wicken Fen in Cambridgeshire is home to more than 8,500 species of wildlife, scenic cycle trails, a range of mountain bikes – and one tandem. Hire it to explore the wetlands and look for rare birds like hen harriers and bitterns.

Over 2,000 years ago, the Roman Empire began panning for gold in the wooded hillsides of the Cothi Valley in Wales. As a National Trust member you can have a go yourself, adventuring underground to experience the conditions of a 1930s mine.

3. Step through a waterfall at the Dark Knight’s lair

Henrhyd Falls thunders 90ft (27m) into a wooded gorge in the Brecon Beacons, and recently starred on the silver screen. In the Dark Knight Rises, Batman strides through the curtain of water to reach his hideout. Follow in his footsteps, if you’re feeling brave.

4. Sit in the Wishing Chair at the Giant’s Causeway

The famous basalt columns on the coast of Northern Ireland are steeped in legend. Take the weight off your feet in the Wishing Chair. It’s a natural basalt throne, worn smooth over the years from thousands of visitors sitting and whispering their hopes and dreams.

5. Wet your whistle at a Dickensian pub

The National Trust looks after 35 of some of the UK’s most famous pubs. The George Inn is London’s last remaining galleried inn, visited by Charles Dickens himself and mentioned in Little Dorritt.

6. Go puffin-spotting on the Farne Islands

Visit the place Sir David Attenborough described as his favourite UK wildlife spot. Every year, around 37,000 pairs of puffins come to nest on the rocky islands off the Northumbrian coast, and 1,000 seal pups are born here in the autumn.

Chartwell in Kent was Sir Winston Churchill’s sanctuary from London and his home for more than 40 years. Learn about the man behind the myth and the artist behind the politician, and don’t forget to drop by Marycot, the brick play cottage he built for his daughter.

8. Hunt for fossils along the Jurassic Coast

Charmouth beach, part of the Golden Cap estate in Dorset, is one of the best places to look for fossils. As the sea washes away the soft rock of the cliffs, it reveals the hidden remains of creatures that once roamed its shores. You can pick them up as you walk along the sand.

9. Peer all the way to France from a Victorian lighthouse

A landmark on the White Cliffs of Dover, South Foreland Lighthouse is also a pioneer – it was the first in the world to use an electric light. Climb its tower on a sunny day and you’ll see all the way across the Channel.

10. Get immersed in stories at a medieval castle

Step back in time and set your imagination free at Bodiam Castle in East Sussex. Explore towering battlements, a moat and a wooden portcullis, and listen to a costumed character tell you surprising tales from its sometimes gruesome history.

Where will your next adventure take you? To get free, unlimited access to more than 500 unexpected and unforgettable places

TERMS
• This offer entitles you to 30% off across the store
• No minimum spend required
• Promotion does not apply to delivery charges
• Promotion does not apply to product credits and Pro Gallery orders
• Cannot be used in conjunction with other discount codes and offers
• Any monetary credits will be applied before any promotional discounts
All standard terms & conditions apply.

20% Off Brabantia Bins at Dunelm 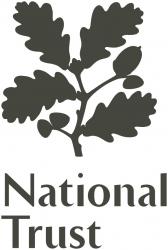 Did you know that you can get 2 Months Free on National Trust Memberships?

£10 off when you spend £40 or more
Offer Code: 40SAVE10
• You need to spend £40 or more (excluding delivery) in order to qualify for this offer
• Promotion does not apply to delivery charges
• Promotion does not apply to product credits and Pro Gallery orders
• Cannot be used in conjunction with other discount codes and offers
• Any monetary credits will be applied before any promotional discounts
All standard terms & conditions apply.

Up to 50% off Canvas Prints

Please see below the latest offers from Photobox.

This Valentine’s day celebrate with the gifts we love, for those you love.

Exclusive to the National Trust this Spring, our delightful Dee Hardwicke Cottage Garden range has been inspired by the exquisite gardens at Barrington Court.

Our National Trust scarves are designed by our in-house designers, who have taken their inspiration from the properties and landscapes we look after. Our throws and rugs are ideal for those outdoor adventures, or for brightening up your home.

The iconic Biker jacket is core to the collection, but this season marks a further exploration into denim, leaving it relaxed, undone, and unpicked. Inspired by global youth, the Spring Collection 2016 explores tensions of contemporary life; military and bohemia, formal and casual, city and country. It’s all here, and it’s all up to you.

We hope you're enjoying the festive season! Here at Dunelm, we're really excited to tell you about the huge savings to be made with our Clearance offers.

Please see below the offer details for the Lands' End sale. Please remember to replace !!!ID!!! with your unique ID.

Did you know that you can get 2 Months Free on National Trust Memberships? You'll find all of the details below for this great communication.

Please remember to replace !!!ID!!! with your unique publisher ID.

We wanted to show you some of the gift ideas we have here at Dunelm.

Please see below the updated 'Deal Of The Day' promotions on at Thorntons!

Remember that on top of this, there will be an affiliate-wide 5% off code available - XMAF5 - which will be available for the duration of this promotion.

Please direct all traffic to:

DEALS OF THE DAY

The deals beyond these dates will be confirmed later on this week.

Please ensure that all offers are only promoted on the day they go live at 9am, otherwise Thorntons withhold the right to decline commissions.

If you have any opportunities for increased exposure, please contact Thorntons@affiliatewindow.com

Please see below the latest offers from Photobox

Terms: You need to spend £40 or more (before delivery) to qualify for this offer. Promotion does not apply to product credits and Pro Gallery orders. Cannot be used in conjunction with other discount codes and offers. Any monetary credits will be applied before any promotional discounts

Remember to replace !!!ID!!! with your unique publisher ID.

Black Friday on Opodo! £50 off your next booking

Have you had enough of hearing about Black Friday?! We did consider not mentioning it, but then again we didn't want you to feel like you hadn't been invited to the Opodo party...

... and we know how to organise a great party!

Black Friday on Opodo, you heard it here first

British Airways offer a massive selection of flights worldwide, including destinations in the Americas, Asia and Australia. Ensure you check out our top sale offers below, or simply search for flights in the search form on the left. Book by midnight 30 November 2015.

Flights to Los Angeles from £433

Flights to Kuala Lumpur from £499

Deal of the week: Flight to Colombo

Remember to replace !!!ID!!! with your unique publisher ID.

Please see below the Black Friday offers from Photobox.

Please remember to replace !!!id!!! with your unique publisher ID

We’re delighted to announce the launch of the Lands’ End affiliate programme exclusively with Affiliate Window.

Lands’ End is one of the world’s most trusted online clothing retailers, renowned for quality, value and outstanding customer service. Selling a great range of Men's, Women's, Girls & Boys clothing - jackets, coats, footwear, casual clothing and swimwear with many sizes in Tall, Petite and Plus. 25% off + Free Delivery with promo code: AF1525PC
Valid until Sunday-15-November

If you have any questions, then please get in touch with landsend@affiliatewindow.com.

We wanted to let you know about our latest offer.
Customers can get 10% off Mattresses & Divan Beds when they use code 'MATT10'. Please see