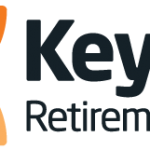 Our friends at Key Retirement have been kind enough to share with us the 'state of the market' report for the Equity Release sector. 2015 was a surprisingly good period for equity release from the Equity Release Council, with figures being the largest since records began. Read on to find out more about the sector and what happened in Q4 of 2015. Equity release products will be in peak season right now too, so this is the time to engage with Key Retirement and make the most of the booming market. 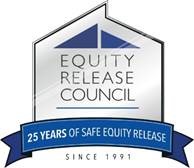 Homeowners over the age of 55 unlocked a record amount of housing wealth via drawdown lifetime mortgages in the final quarter of 2015, pushing annual equity release lending to a new high of £1.61bn according to year-end results from the Equity Release Council (The Council).

Lending via drawdown products totalled £271m between October and December 2015, the largest quarterly total since this type of lifetime mortgage first emerged in 2004. Seven in ten (70%) new plans agreed in Q4 2015 were drawdown, up from 63% in Q3 2015, as more customers opted to withdraw their housing wealth in stages to boost their retirement income as and when they need it.

*High percentage changes reflect growth from a low base, with home reversions representing less than 1% of total activity

Since falling to a post-recession low of £789m in 2011, annual equity release lending has more than doubled in the last four years and now exceeds its pre-recession peak (£1.21bn in 2007) by 33%. Over the whole of 2015, drawdown lifetime mortgages accounted for two in three (66%) new plans agreed, while lump sum lifetime mortgages made up 34% and home reversions below 1%.

The results come as The Council prepares to mark the 25th anniversary of the first industry Standards being developed for equity release in 1991. As part of The Council’s Statement of Principles and associated Rules and Guidance, these continue to support best practice in providing equity release advice and products, so customers are fully informed, supported in their choices and able to access secure finance in later life with built-in guarantees and protections.

Since publishing a set of policy recommendations for Government in October 2015, The Council has made further recommendations to the Treasury and the FCA to help develop the market and meet growing consumer demand for using housing wealth in retirement planning.

The Council is also set to announce new initiatives for equity release advisers in Q1 2016 as part of its work to promote best practice across the sector.

“These year-end figures are the latest sign of growing reliance on housing wealth as a key pillar of later-life financial planning. The rising popularity of drawdown has been one of the success stories of the last decade, and product features have since appeared allowing customers to protect a percentage of their equity as an inheritance, make part-repayments of capital or make interest repayments on their loan.

“Looking ahead, the challenge is to continue developing products which meet consumer needs while ensuring that innovation is combined with protection and long-term sustainability. The work led by The Council and its members to uphold standards for equity release products and advice has been fundamental to creating a safe market for consumers, and we will continue these efforts to meet growing customer demand alongside regulators and the Government. The Council enters its 25th year with huge confidence in the future of equity release.

“Housing wealth is often people’s greatest asset and it makes sense for equity release to be on every homeowner’s checklist to consider as part of their retirement and estate planning. At the same time, it is not suitable for every circumstance, which is why professional financial advice and independent legal advice are essential so that customers understand how the products work, and what they can offer. Supporting advisers as the market grows will be a top priority in the year ahead.”

¹ The Council’s membership represents over 90% of all lifetime lending activity. All figures quoted are aggregated for the whole membership and do not represent the business of individual members.

About the Equity Release Council – www.equityreleasecouncil.com

The Equity Release Council is the industry body for the equity release sector, which represents over 400 members including providers, qualified financial advisers, solicitors, surveyors and other industry professionals.

It works to ensure a safe equity release market for consumers, by operating rigorous Standards for the provision of advice and products which guarantee security of tenure and financial protections. 2016 marks the 25th anniversary since the first industry Standards were created for equity release in 1991. Since then, over 350,000 consumers have taken out an equity release plan from Council members, drawing on almost £17bn of housing wealth.

The Council also works with consumers, industry and policy makers to improve awareness and understanding of equity release and the potential for housing wealth to help solve many of the financial challenges facing people over the age of 55 across the UK. 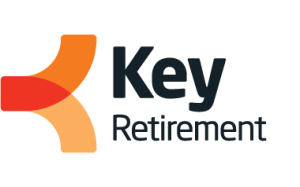 Happy New Year to everyone! We hope you had a lovely Christmas and New Year break and we are sure you are back at work raring to go. January is the absolute best time to promote equity release programmes, so you can act quickly to take advantage of this. The peak season lasts until the beginning of March so there is plenty of opportunity for new affiliates to join the programme and start making a tidy sum.

Equity Release through Key Retirement is available to qualifying homeowners over 55 years of age, and it is one of the fastest growing financial products in the market, due to both the convenient and value offered.

Full support is available to ensure all promotions are kept within the legal guidelines, and we are available to answer any questions you might have about the programme. Qualifying leads are paid out at £15 per lead and are reviewed within 5 working days, so payments are made quickly.

You can apply to join the programme here

If you need any further information, please get in touch!