We're delighted to announce the launch of our 2015 products. Offering the best performance, best protection and eliminate all viruses with a single click. URL to promote is http://www.bitdefender.co.uk/?pid=BDAFFC_AW|2015

Protect your digital life with the #1 Antivirus technology

Promotion runs to end of April. No code necessary, use the URL:
http://www.bitdefender.co.uk/media/html/family-pack-promo/?pid=BDAFFC_UK_FamilyPack

2014 decided to ignore February 29th, but we didn't! We're offering any product $29.
http://www.bitdefender.com/media/html/leap-year/?pid=BDAFFC_NA_LeapYear 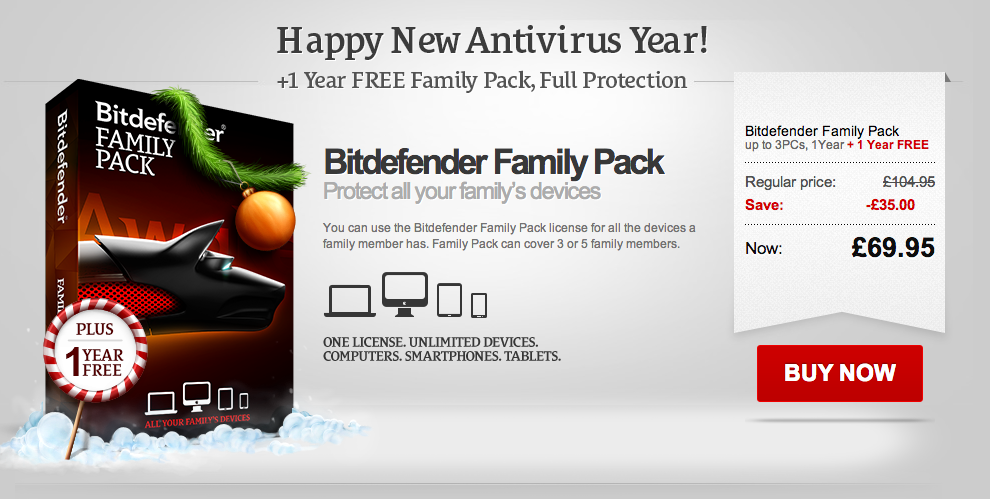 It's Black Friday Heist with 70% off our top products for the weekend:

URL for the offer is: http://www.bitdefender.co.uk/media/html/blackfriday2013/?bdaffc=AW|BF

We are offering 30% off Total Security, Internet Security and Anti Virus. The discount code is: Affiliates-30%OFF-BD2013 which needs entering at the checkout.

If you need any exclusive offers, please do not hesitate to get in touch! 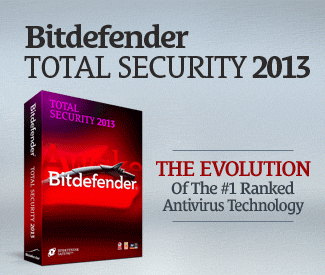 Protect all the devices in your home for one flat fee. Buying a new computer or phone shouldn’t worry you. Bitdefender Family Pack covers all your devices and your family members’ living under the same roof.

New Smartphone for your kid? Brand new Mac for your wife? That old PC you still use now and then in your home office? All covered by the Bitdefender Family Pack. We are offering 40% up to 5th May on our Family Pack. No code necessary, just go to the landing page to pick up the offer!.

Like to be in with a chance to win £500? Here is your chance today because Bitdefender are pleased to announce a new affiliate contest on Affiliate Window.

All affiliates who have signed up to our affiliate programme on Affiliate Window will be automatically entered into a one month competition, where there is an opportunity to earn prize money for being the most improved affiliate from the previous 3 month average.

If that’s not enough, the first 10 affiliates who get in contact with me via cbritton@bitdefender.com upon seeing this newsletter will win one free license of Total Security 2013 for 3PCs/1YR.

Bitdefender recently won the `Product of the Year,’ by AV-Comparatives. The award, again confirming Bitdefender as the best means to protect data and prevent viruses, further widens Bitdefender’s lead over the global anti-virus industry after it won the “Top Rated of the Year” Award for 2011 from AV-Comparatives and the `Best Protection 2011’ from AV-TEST, the other major independent analysis firm.

-£500 will be awarded to one affiliate on the Bitdefender Affiliate Window Programme
-Competition will run for one month between Feb 1st and Feb 28th 2013.
-Feb 2013 sales will be compared against a 3 month average between Nov 2012 and Jan 2013.
-The most improved affiliate based on £ value sold NOT percentage increase will be rewarded with the £500
-Sales to be reviewed in March where bonus payments will be paid shortly after.
-Only the most improved affiliates will be contacted. 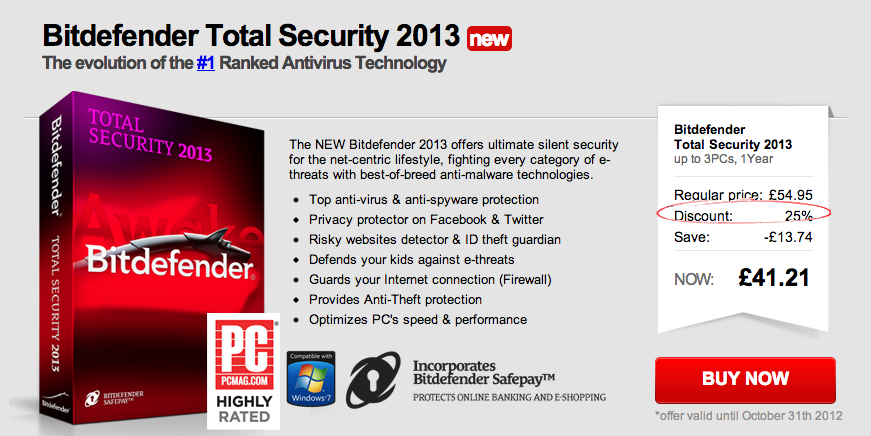 URL for this offer is
http://www.bitdefender.co.uk/2013/en/totalsecurity/?bdaffc=aw_25%25OFF_oct

We're delighted to announce that we have got a great competition.

Landing Page URL for this is: http://www.bitdefender.co.uk/media/html/uk/totalrecall/?bdaffc=aw_totalrecall 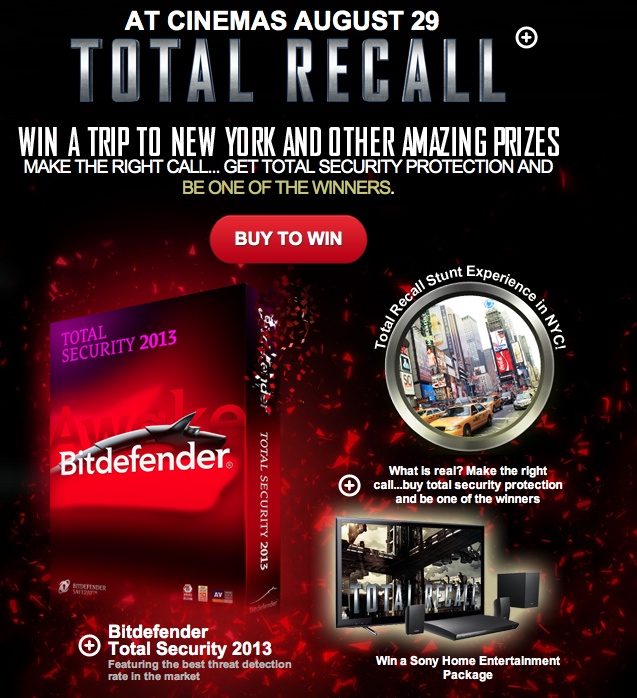 URL for this campaign is:

This campaign will last the length of the games this summer.

We've got another great promotion lined up for next month - so stay tuned! 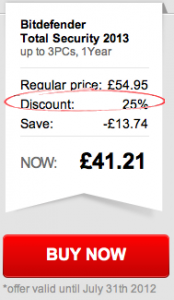 The NEW Bitdefender 2013 offers ultimate silent security for the net-centric lifestyle, fighting every category of e-threats with best-of-breed anti-malware technologies.

Don't forget this is the last week of the affiliate incentive we are running as part of our 2013 product launch.

We're delighted to announce that the following affiliates have been top for the past 3 weeks: Quidco, Kaizen Marketing and Vouchercodes.co.uk.

This is the final week of the incentive - so don't forget to make those sales count!

Bitdefender®, which led the antivirus industry in quality and innovation with its 2012 products, has launched its 2013 generation, improving on the world’s best internet security system and adding a whole arsenal of features to keep users safe.

Besides a stealthier, more powerful antivirus than ever, Bitdefender 2013 comes with new state-of-the-art protection for shoppers with Bitdefender Safepay™ and an ironclad umbrella of protection for kids with the revolutionary Parental Control. It includes an even sleeker version of the hit Bidefender Autopilot™that runs your antivirus at maximum effectiveness, and Anti-Theft, which conceals some powerful surprises for would-be device thieves.

The evolution of the world’s best antivirus, compatible with Windows 8, is further topped off with enhanced Bitdefender Safebox™ online storage and sharing, a new security widget to keep you more up to date than ever on the status of your online safety, the new USB Immunizer to wipe out threat of infections from flash disks, the extreme convenience of an enhanced MyBitdefender dashboard accessible from any device at any time, and much more.

Bitdefender UK are proud to announce a Euro 2012 The strongest Line of Defence – 2012 Clearance offers on their three most popular products - Antivirus Plus, Internet Security and Total Security 2012 versions. This may really be the last chance to get your hands on the number one ranked antivirus software with discounts at up to 60% off on the 3PCs 1YR licenses.

Bitdefender won the AV-TEST Award for Best Security Product For 2011 & 2012, outperforming the competition by having the highest overall score in protection, repair and usability.

*#1 ranking based on reviews of Bitdefender from: Top Ten Reviews, AV Test, Choice Magazine, ConsumerSearch.com and Which? Magazine (UK).

With our great offers that we have this month (Total Security: Buy One year Get One Year Free) then why not sign up and make yourself some extra commission next month!

At bitdefender we are always innovating to develop new tools for our customers to make sure the are protected whilst surfing online.

For our affiliates it means that there are other ways to add content to build awareness of bitdefender as a means of driving sales.

Here are our top 5 free tools

Quick Scan
Bitdefender QuickScan is an online tool which uses .in-the-cloud. scanning to detect malware running on a PC very fast, usually in less than 60 seconds.

USB Immunizer
is a free and easy to use tool that helps make sure you transfer the files, not the viruses.

Power Tune-Up
This software puts control back in your hands. Optimize your Android device for maximum performance, battery economy, and controlled data traffic.

Safego
Using in-the-cloud scanning, Bitdefender safego keeps your social networking account safe so that you and your PC don't get into e-trouble

TrafficLight
This software is taking the security-while-browsing concept where it belongs: in the browser.

Along side this don't forget our offers - we upload these regularly to the blog on Affiliate Window so stay tuned!

To celebrate signing up to bitdefender affiliate programme we give all our new affiliates 50% commission off their first 3 orders.

On top of that we offer our affiliates:

We're delighted to offer our affiliates 50% off all our Internet Security Products: 50%OFFBD2012 coupon code offers a discount of 50% for Anti virus, Internet Security and Total Security, all variations, till 15th of May 2012. 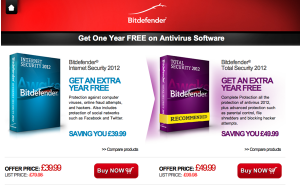 We are delighted to launch our new affiliate offer. Buy one year on either Total Security or Internet security and get one year free.

Until the end of February we'll be offering this Lifetime edition for the PC version of Internet Security & AntiVirus. Landing Page for this is
http://www.bitdefender.co.uk/2012/lifetime-affn/?cid=lifetime 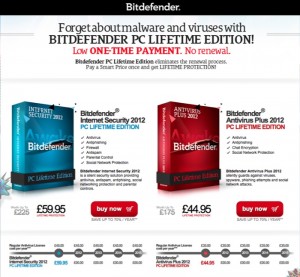 On our Total Security Product are are offering Buy One Year Get One Year Free on the 3PC, 2 Year Licence (£89.99 > £49.99). The URL for this offer is http://www.bitdefender.co.uk/media/html/uk/affiliate-microsite/totalsecurity.htmlcid=TS_BOGOF 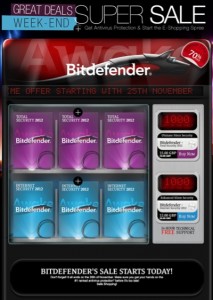 This offer is available until 5th December