Buymobiles.net are participating in Samsung’s Unbox Your Tickets promotion. 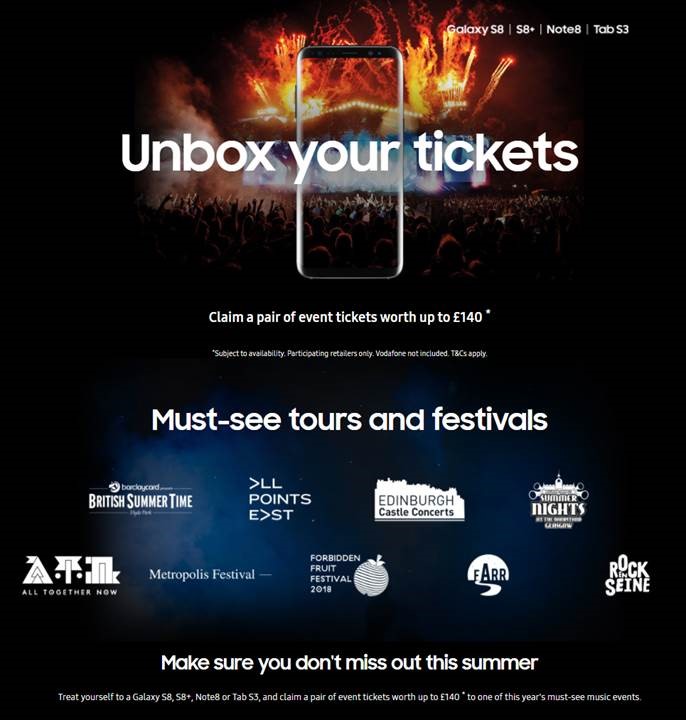 Anyone ordering a Samsung Galaxy S8, S8+ and Note8 between 28th January and 18th February can claim a pair of festival tickets worth up to £140*.

Customers could see the likes of Paul Simon, Bruno Mars, The xx, Bjork, Lorde, Van Morrison, The Fratellis and many, many more.

Claims are made via the Samsung Members App, available from the Google App Store (which is probably also pre-installed on devices).