Welcome to your first monthly NOW TV ‘What’s on?’ newsletter.

We’ve had a little re-brand and thought our newsletters could do with a bit of a refresh. We hope you like it.

We’ll be sending a ‘What’s on?’ newsletter each month and keep you updated with all of the product and offer changes, as and when they happen, in a separate newsletter.

‘What’s on?’ newsletters will showcase all the latest movie premieres that will come onto NOW TV during the month, the key sporting events you’ll want to watch and the new TV shows that have everyone talking.

If you have any questions about these changes and new formats please get in touch with Charlie Keating (Charlie.Keating@stream20.com). We’d love to hear your feedback.

If you like action movies, February is a great month for you.

Tom Cruise is at his best in the sci-fi Oblivion. Then premiering on Valentine’s Day, Will and Jaden Smith co-star in After Earth, a survival thriller set in space. The latest instalment of The Fast & Furious series sees Michelle Rodriguez return alongside Vin Diesel, Dwayne Johnson and the late Paul Walker.

But don’t worry, if action isn’t really your thing we’ve got Leonardo DiCaprio playing Gatsby in the cinematic and mind-blowing The Great Gatsby at the end of the month.
<&

After a two month break, the UEFA Champions League returns with the competition reaching the First Knockout Round. 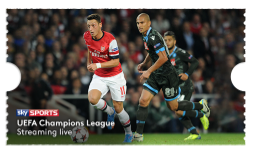 Arsenal take on Champions Bayern Munich on 19th February as Arsene Wenger’s men look to gain a home advantage ahead of the return leg in Munich on March 11th. The two sides met at the same point of the competition last season, with the German side running out eventual winners at the Emirates. On the same evening, AC Milan host Atletico Madrid with both games live on Sky Sports.

We’ve got some cracking shows lined up for February, from comedies on Sky 1 to the best US dramas on Sky Atlantic. Watch live, on catch up or enjoy a box set. 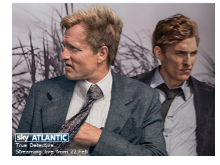 <style="text-align: center;">True Detective, starring Matthew McConaughey and Woody Harrelson, is brand new to Sky Atlantic from 22nd February. This dark crime story follows the two Louisiana detectives whose lives collide and entwine during a 17-year hunt for a killer.