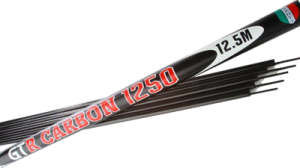 The Avanti 12.5m GTR Carbon Pole - the cheapest of its kind in the World!

Dragon Carp Direct - the UK's biggest discount tackle retailer - has knocked the price down on its Avanti 12.5m GTR Carbon Pole even further...making it the cheapest of its kind in the World!

The pole carries an RRP of £399 but having already dropped that down to £100, we're cutting the price even further. It's now available for just £80 - but only for a limited time.

To get the deal, enter AGTR20 at the checkout. Available until September 6th, 2013