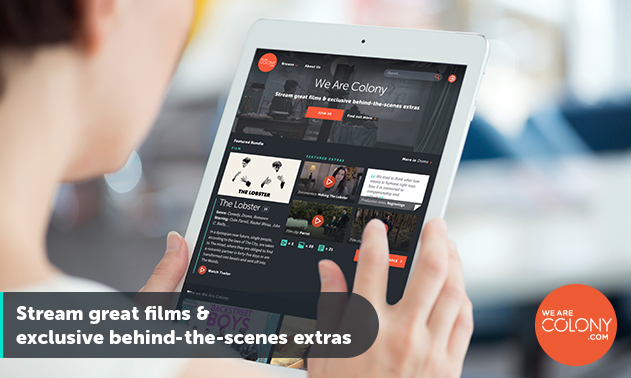 We have just launched our Affiliate Programme and are excited to partner with publishers who love film as much as we do!

We Are Colony is an award-winning, global film streaming platform connecting audiences to great films. We release special edition bundles which include exclusive behind-the-scenes documentaries, interviews with cast and crew, deleted scenes, stills, scripts and more.

To celebrate the launch of our programme, we are offering an introductory 20% Commission for the programme's first month* after which the commission returns to 15%.

Additionally, we are also offering affiliates a 20% Off Discount Code for their audience, valid across our entire catalogue of films for the first month*.

Join our affiliate program today and earn money by promoting our catalogue of award-winning films and exclusive extras.

We’re looking for proactive sites and bloggers covering film, music, culture and lifestyle who are as passionate about film as we are!

Take a look at some our promotional banners that you can start using now!

Publisher instructions: To promote this launch voucher code please include the text below and banner of your choice on a dedicated landing page on your site.

We have teamed up with global film streaming platform We Are Colony to offer you 20% off their catalogue of award-winning and critically-acclaimed films.

Choose a film of your choice and get exclusive access to behind-the-scenes extras including documentaries, interviews, deleted scenes and more.

Simply enter voucher code COLONY20OFF at check to redeem your discount when you buy or rent a film.